Formed in late 2015, Cobra Cult from Stockholm, Sweden delivers their rock n ́rollish metalpunk sound like no one else. Sounding like the perfect blend of Motörhead, L7 and The Misfits, Cobra Cult have made themselves quite a reputation as a great live band with intense shows.

The first two single teaser, ‘Die! / Forever Faster’ was released in 2016. Cobra Cult followed up with their 4-track EP, ‘The Sunlight Tapes’ in 2017 as their first collaboration with legendary producer Tomas Skogsberg at Sunlight Studio.

As a result of that release, people started to take notice of the band and the EP opened the opportunity for the band to perform at the Bremer Metal Festival in Germany.

With the release of the debut album ‘Cobra Cult’ in late 2018, the band achieved the next step in their growing career with great album and live reviews and a coveted gig at Sweden Rock Festival 2019. The band will be doing their first ever UK tour in fall of 2019 as well as heading back into the studio to begin recording their next album. 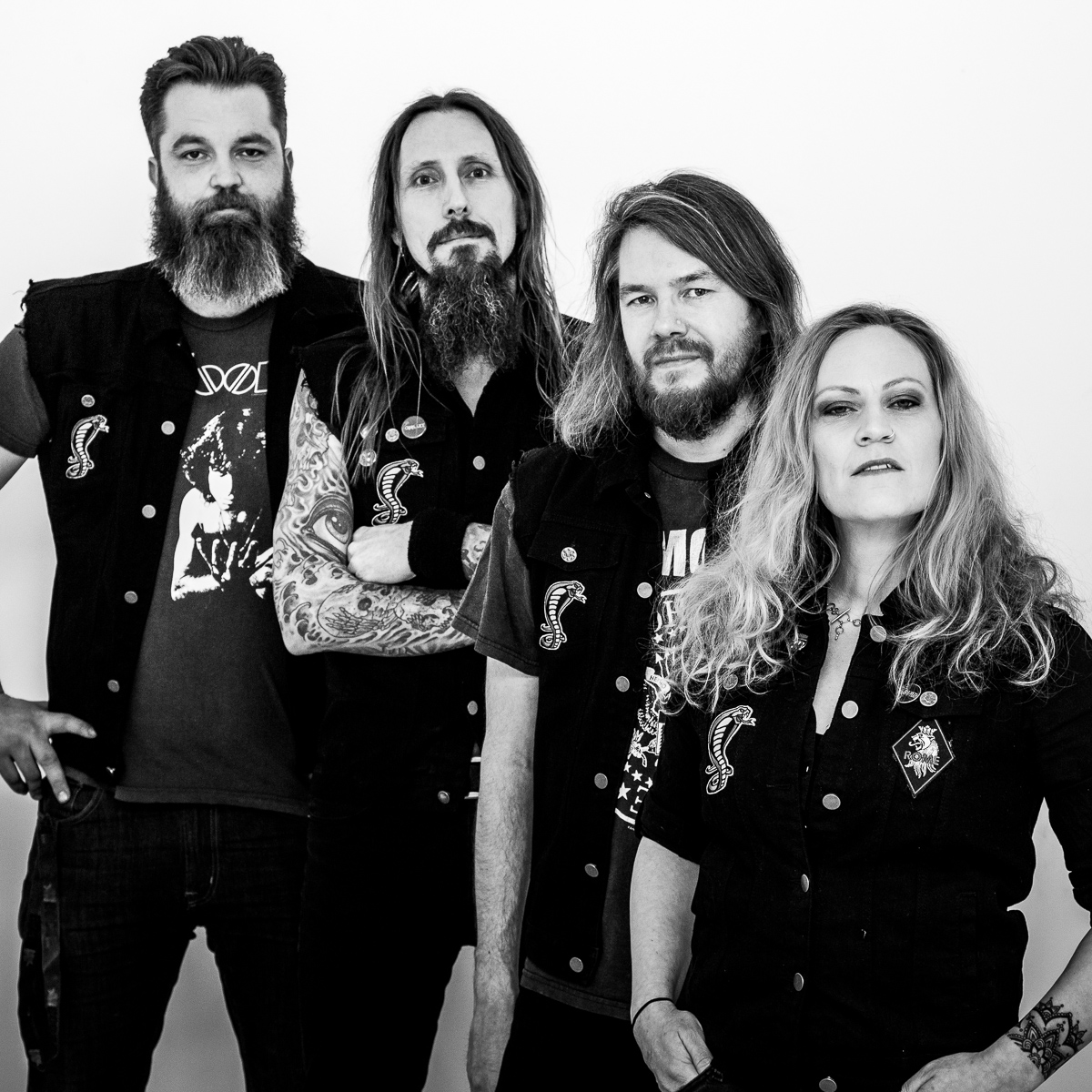